This post is about politics and women. It’s a more serious post than my usual art/fashion/travel/inspirational posts, but hopefully just as uplifting and positive. This post is aimed at UK readers, but also to women all over the world when it comes to making your views heard (see links at foot of page) – and to all men, too, because I firmly believe that men will benefit equally from having a balanced government. Say goodbye to any of the tired old feminist stereotypes and have a think about what you want, and what you believe (I am a project manager and senior team member in my company. I frequently work on all-male contractor sites. With gel nails and mascara. I sometimes wear 4 inch heels, and sometimes Converse. I am an ordinary woman not defined by any one stereotype. I’m so tired of facing sexism and I want my voice to be heard).

This Thursday 07 May is the UK General Election. Here’s a photo of the three main party leaders:

Then there’s this guy: 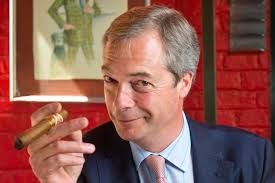 And finally, the leaders of the Green Party, SNP and Plaid Cymru:

If you’re undecided on Thursday, and whether you consider yourself a feminist or not (I like the term “Equalist!”), why not vote for the candidate who firmly supports (and has a good track record on) equal rights and support for women? You can check each party’s manifesto on women and equal rights here.

Here are 5 things you can do to make your voice heard:

Fawcett is the UK’s leading charity for women’s equality and rights at home, at work and in public life.

“‘Sleek as an otter’, The Downing Street catwalk’, ‘Cameron’s cuties’ , ‘Brown’s sugars’  and ‘Blair’s Babes; When will the media start reporting female MPs for their opinions, not their looks? In 2010 we know that the leaders’ wives got more attention than female politicians, so in the run-up to the 2015 election Fawcett will be keeping an eye on the media to see if things have improved. Fawcett is investigating if reporting about the economy in the media, central to the lives of women and a key election issue, is the preserve of men. Are we given shoe commentary rather than hearing what women have to say on the economy?”

“We need your help to cover the masses of coverage on TV channels, radio stations and newspapers in the country. That’s as well as all the on-line websites, blogs, Facebook and Twitter. You can tell us by email or using the #viewsnotshoes hashtag if you see the media report:

– What female MPs wear rather than what they say
– Unnecessary information on their personal life
– Using sexist terms
– Ask questions that would never be asked of men”.

3. Don’t suffer sexism or sexual harassment in silence, make your voice heard by reporting these incidents anonymously at http://everydaysexism.com/. I did this recently on Twitter and was overwhelmed by the outpouring of support from other women.

“The Everyday Sexism Project exists to catalogue instances of sexism experienced by women on a day-to-day basis. They might be serious or minor, outrageously offensive or so niggling and normalised that you don’t even feel able to protest. Say as much or as little as you like, use your real name or a pseudonym – it’s up to you. By sharing your story you’re showing the world that sexism does exist, it is faced by women everyday and it is a valid problem to discuss”.

4. Take a look at the Women’s Equality Party, a brand new, non-partisan group set up to tackle sexism once and for all. 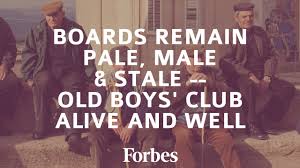 5. Take part in UK Feminista’s #VoteFeminist campaign – email your MP at the click of a button; download a poster or a set of questions to ask doorsteppers:

“Women’s inequality is a national emergency and the Government elected in May will have a critical role to play in tackling it. By using your vote to put pressure on political parties in the run-up to the election, you can shape what MP candidates commit to do in parliament… and hold them to it!”

I wrote to my MP, Catherine McKinnell, via UK Feminista recently and she immediately emailed me back, in detail, describing her past record and beliefs regarding sexism, and what she intends to do about it – here’s an extract from her letter, which I found very uplifting and positive:

“Thank you for your recent e-mail regarding sexism and the hugely important issue of tackling gender inequality – which you rightly state remains deeply embedded in our society. Please rest assured that I am acutely and keenly aware of this issue, and indeed have spent much of the last five years since being elected as the MP for Newcastle North campaigning on it.

It is a striking fact that, since 1918, only 369 women have ever been elected to Parliament – compared with the 503 male MPs who are sitting in Parliament today. That figure should hopefully rise after the next election, but it still won’t be anywhere near high enough and that’s why I have supported, and continue to support, positive action to increase the number of women in the House of Commons – indeed Labour is the only party to have introduced all-women shortlists (which goes a long way to explaining why more than half of our candidates in Labour’s target seats at the forthcoming election are female, and why almost half of the current Shadow Cabinet are women – compared with just 23% of the current Cabinet). I raised this matter directly with David Cameron during Prime Minister’s Questions – and you can read more about this here: http://www.catherinemckinnellmp.co.uk/catherine-pms-response-on-women-blatant-nonsense/“

Finally, if you don’t live in the UK, here are some resources to help you make your voice heard:

http://leanin.org (FYI – I just set up a Lean In circle if you’d like to join it: the19percent@leanincircles.org 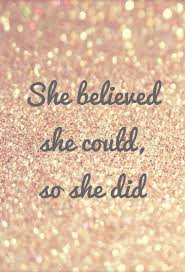