1. I’ve been nominated for the “Encouraging Thunder” blog award! Thank you so much to Encouraging Life for this lovely award. You know how sometimes you’re feeling slightly down about your blog, doubting yourself, not feeling inspired? Well I sometimes feel like that anyway – I sure was feeling it this week and then I got this award, which has made me feel inspired again 🙂

2. Our house purchase fell through this week. I know, that doesn’t sound inspiring! But instead of crumbling, we’ve managed to approach it with a zen-like calm (mostly), taking comfort from the knowledge that it wasn’t meant to be – to quote my favourite saying, “What’s for you will not go by you”. Our dream house is out there somewhere…

3. Some of you may be aware that I’ve recently set up the Newcastle branch of The Women’s Equality Party – a non-partisan force determined to put equality for women at the top of the national agenda. I met two other women from WEP for lunch this week and both were extremely inspiring – it reminded me that we can achieve equality (to the benefit of men and women), if we just work together; there are so many like-minded people out there! Feel free to check out what WEP Newcastle and WEP UK have been up to on Facebook and Twitter and let me know what you think!

4. We saved some ponies! Alan Wilson of Thetford, Norfolk, England has kept horses on Barnham Cross Common since the 1970s, and currently has seven grazing at the site. But the common’s Site of Special Scientific Interest (SSSI) status means that Thetford Town Council are required to remove the horses from the common, to avoid damage to wildlife and plants. The impending introduction of the Control of Horses Bill means the town council have the right to sell or dispose of Mr Wilson’s horses. Thanks to my mum and her sterling work at Pact Animal Sanctuary, combined with a bit of background research on the ecology of the site from me (which showed that rare habitats on the site were actually being lost because of lack of grazing), and a combo of People Power, a Change.org petition and lots of FB activity led by my niece, Mr. Wilson’s lovely ponies are safe! It reminded me that we CAN inspire change – good things are possible. 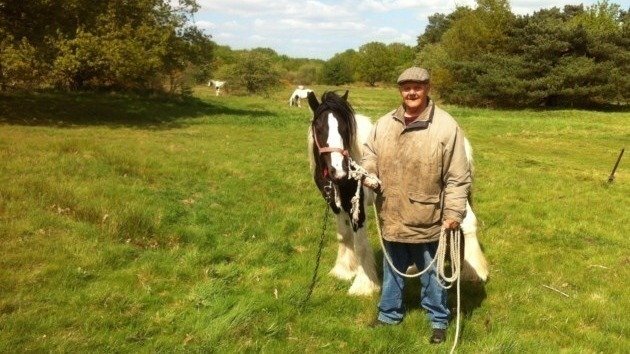 5. This inspiring humour from The Daily Mash: “Cats admit perverse love of heat”!

6. Tyler Lyle, a musician I’ve been a fan of for some time (see my earlier post “Inspiring Musicians: Tyler Lyle” released his new album The Native Genius of Desert Plants, funded via Pledge Music, which I’ve been privileged to contribute to – and therefore have access to 3 days before general release on June 2nd! Check out the first single from the album, Winter Is For Kierkegaard, below – I was lucky enough to get a quote from Tyler, who had this to say:

“Winter Is For Kierkegaard represents the beginning of a season that has resolved. It’s the philosophical starting point for the album.”

7. I sent a Western Union money transfer to my “little sister” Racheal, the oldest daughter of the family I help to support in Uganda. She had dropped her phone and broken it. The phone is a lifeline of communication for her and her family. She sent me this message on FB, which made me feel so inspired and privileged to help her: “mng dia sis! SUCCESSFUL!! am very happy with a new phone now. surely GOD BLESS U:) love u always”. 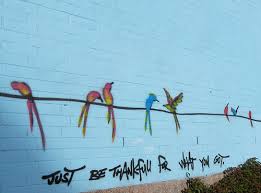 2 thoughts on “7 inspiring things that happened this week”