Australian singer/songwriter Sia has been around for a long time, but I had never really heard of her until her intriguing performance on this year’s The Voice UK, during which her face was obscured by a bizarre long wig that looked like a modern reworking of a 1970’s lampshade. Who the heck is this? I thought, whilst being slightly mesmerised by her haunting vocals and electro-pop sound.

A quick search on Wikipedia revealed some interesting snippets – her music incorporates hip hop, funk and soul; in 2014, she was ranked the 97th richest Australian person under the age of 40 by BRW magazine; she is the niece of Colin Hay from Australian group Men at Work; and she performed as a background vocalist for Jamiroquai. Recently Sia has written hits for Rihanna (Diamonds) and Beyonce (Pretty Hurts), as well as for Britney Spears, Katy Perry, Kylie Minogue, Christina Aguilera, and Rita Ora.

Scrape beneath this veneer of huge success, however, and Sia’s history – both musically and personally – seems to have had more than it’s share of turmoil, something that many of us can relate to. In 1997, Sia decided to move to London to be with Dan, her first love, via a trip to Thailand – only to find out whilst in Thailand that Dan had died after a car accident.  She described what happened in a 2007 interview for Gigwise:

“We’d split up but we were going to get back together and travel. I was five days into my stay in Thailand and I got this call from my mum and I knew that someone had died.” Tragically her instincts were right. “Dan had been hit by a taxi on Kensington High Street. I went back to his funeral in Adelaide and his friends in London were so nice, they rang me and said we know you’ve got a ticket here, come anyway and stay with us. So I came and there was like thirteen of us in a three-bedroom apartment and we were all grieving and we all got drunk for a fucking long time”.

During the Noughties, Sia had her share of professional struggles, too. In 2001, She fired her manager and left Sony Music following promotional issues for her second album Healing is Difficult. In 2005, again disappointed with promotion following the release of her third album Colour the Small One‍ , Sia left Australia and moved to New York. Although her music had always been critically well received, she finally began to achieve greater commercial success.

In October 2013, her song Elastic Heart was featured on the soundtrack of The Hunger Games: Catching Fire, and In July 2014, Sia released her sixth studio album, 1000 Forms of Fear. Both the album and single Chandelier have been hugely successful, with the single selling more than 2 million copies in the USA alone.

Sia notoriously shies away from fame, and hasn’t shown her face in a magazine or during a live performance since 2013 (hence the wig). Recent videos have featured 12-year-old dancer Maddie Ziegler in her place; and for Elastic Heart, a heartbreaking, intense performance by Shia LaBeouf, trapped in a cage with Ziegler.

In 2013, Sia wrote an anti-fame manifesto for Billboard, in which she described life as a celebrity:

“If anyone besides famous people knew what it was like to be a famous person, they would never want to be famous. Imagine the stereotypical highly opinionated, completely uninformed mother-in-law character and apply it to every teenager with a computer in the entire world. Then add in all bored people, as well as people whose job it is to report on celebrities. Then, picture that creature, that force, criticizing you for an hour straight once a day, every day, day after day”.

So what’s next for Sia? As well as directing and writing a screenplay, she explained her vision for the future in a recent chat with Kristen Wiig for Interview Magazine:

“I’m 39, and I would like to be able to make great pop music for another 20 years. And it feels like creating a sort of inanimate blond bob and allowing other people to play the role of the pop singer, it affords me a little bit more freedom in terms of my expiration date”. 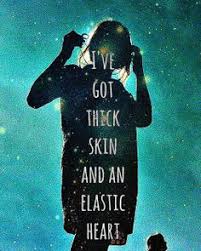 11 thoughts on “LifeStories: Who is Sia?”