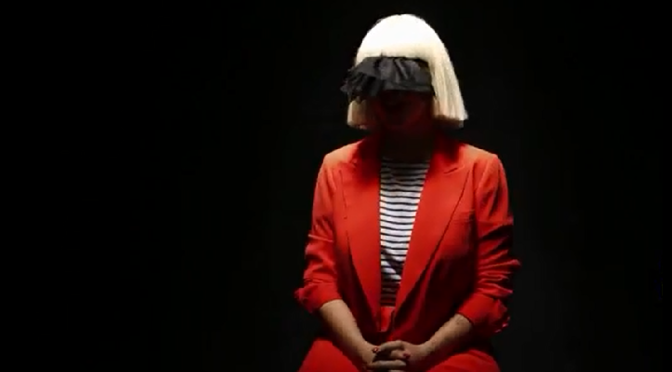 Australian singer/songwriter Sia has been around for a long time, but I had never really heard of her until her intriguing performance on this year’s The Voice UK, during which her face was obscured by a bizarre long wig that looked like a modern reworking of a 1970’s lampshade. Who the heck is this? I thought, whilst being slightly mesmerised by her haunting vocals and electro-pop sound.

A quick search on Wikipedia revealed some interesting snippets – her music incorporates hip hop, funk and soul; in 2014, she was ranked the 97th richest Australian person under the age of 40 by BRW magazine; she is the niece of Colin Hay from Australian group Men at Work; and she performed as a background vocalist for Jamiroquai. Recently Sia has written hits for Rihanna (Diamonds) and Beyonce (Pretty Hurts), as well as for Britney Spears, Katy Perry, Kylie Minogue, Christina Aguilera, and Rita Ora. END_OF_DOCUMENT_TOKEN_TO_BE_REPLACED